This is a co-creative and personnal project made in collaboration with the UX/UI designer Sophie Taboni, the entertainment and audiovisual production company Metaphore Production and the author of the french documentary « Espace à prendre », Bahareh Azimi.

All started with a documentary about the excesses of the privatization of public area, and describe how both militants and artistic actions oppose to it.

From the different initiatives mentioned in the documentary, we decided to focus on one of them to build a fantastic, fun and interactive transmedia experience. It was simple and obvious for us that the street golf practice had the perfect balance between urban culture and sport: it’s a game, it’s open to families and they’re a national and official championship. We were trying to bring people into a game about the importance of the public areas.

We designed a digital ecosystem including:

The grant final should take place in Berlin, the European capital of street culture. 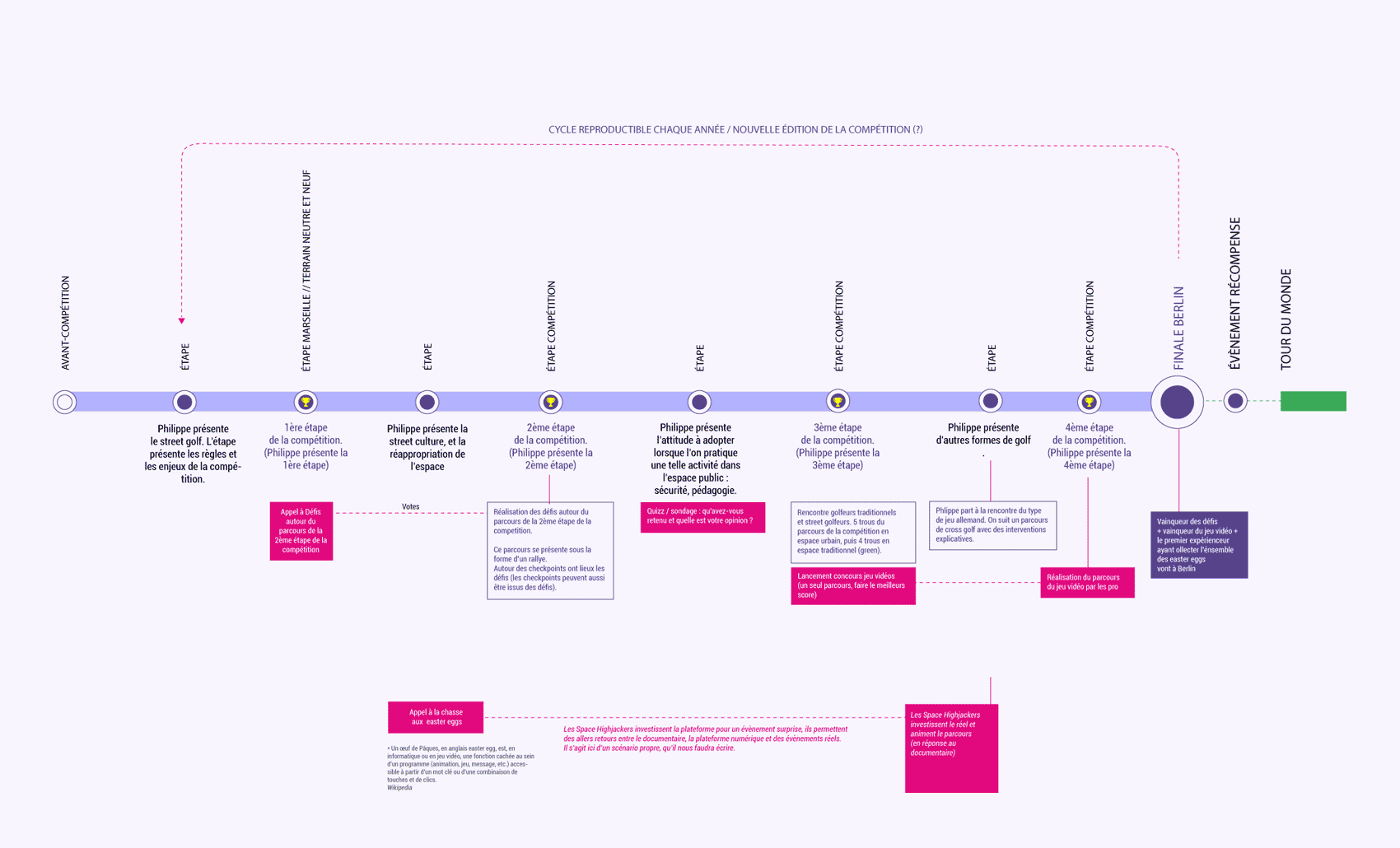 Schedule of the event, including the interaction point between the digital ecoystem and the real challenge 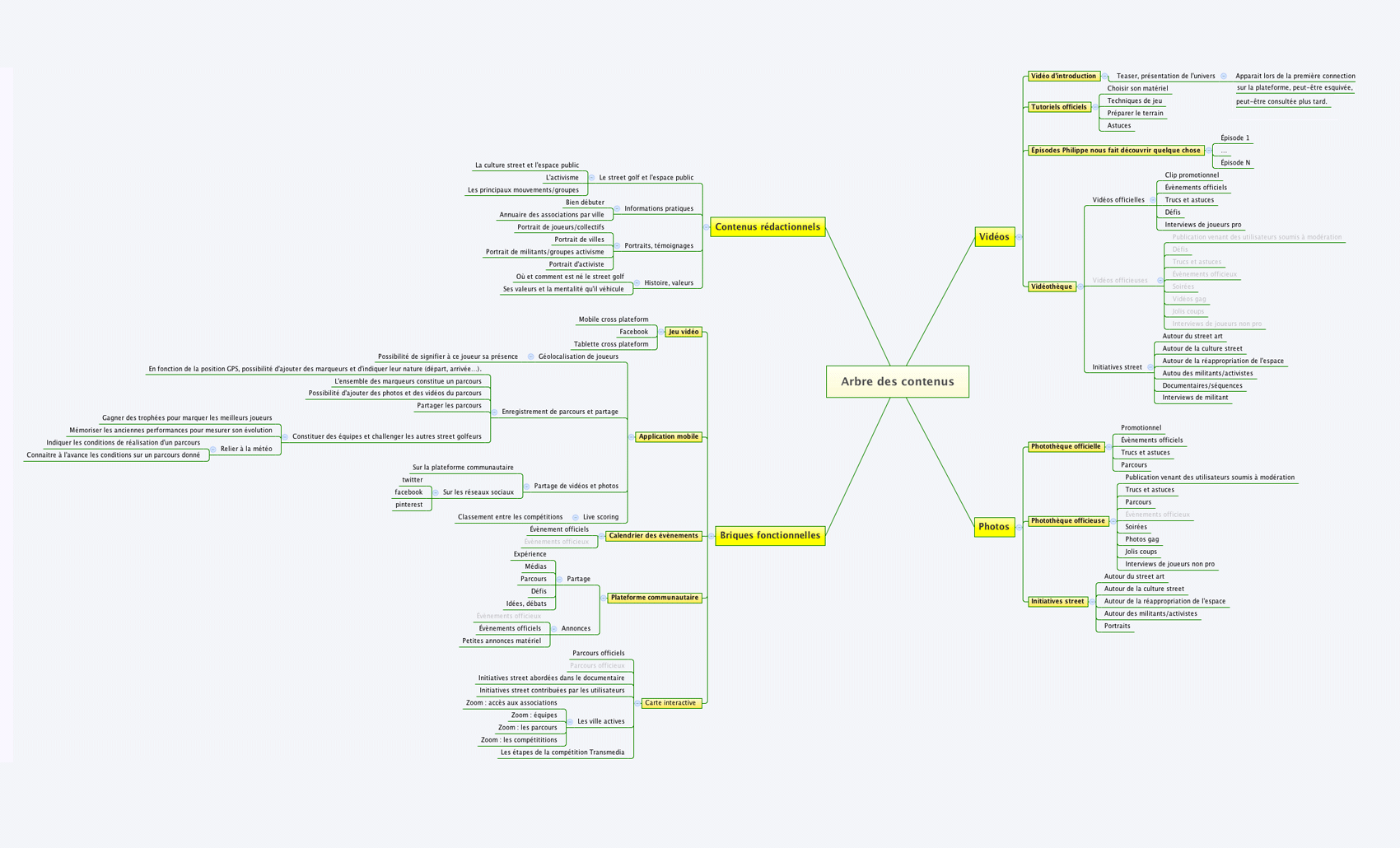 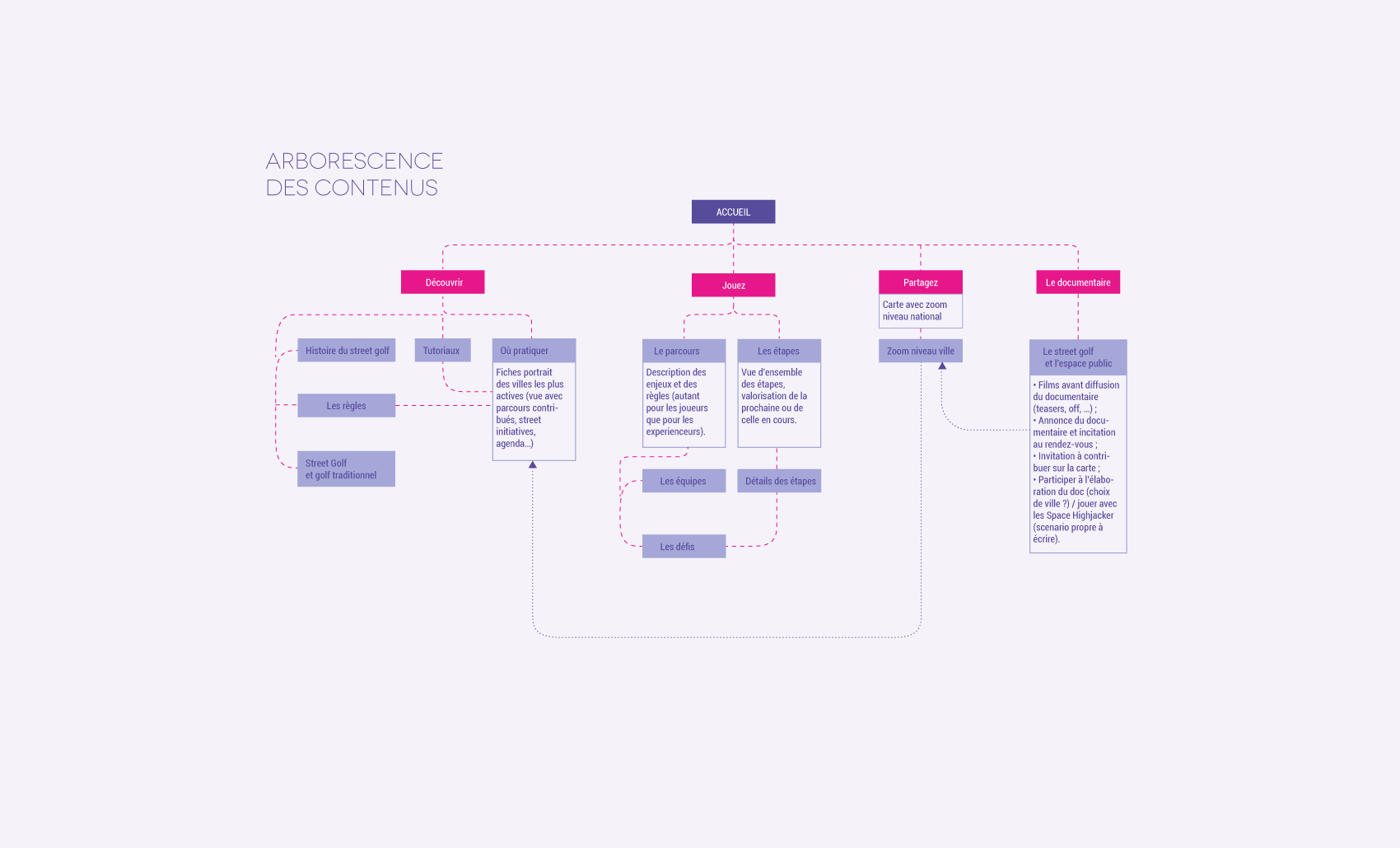 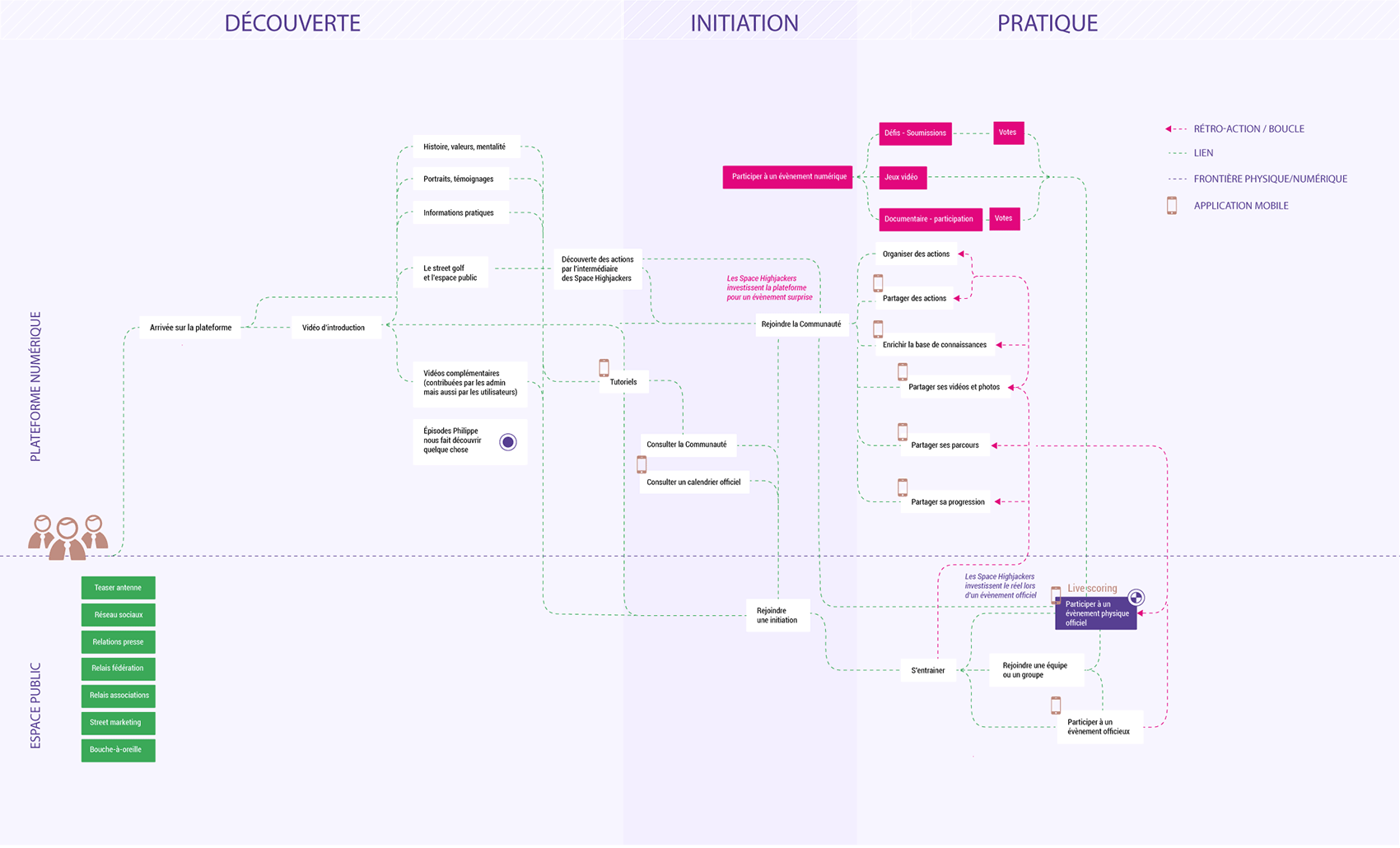 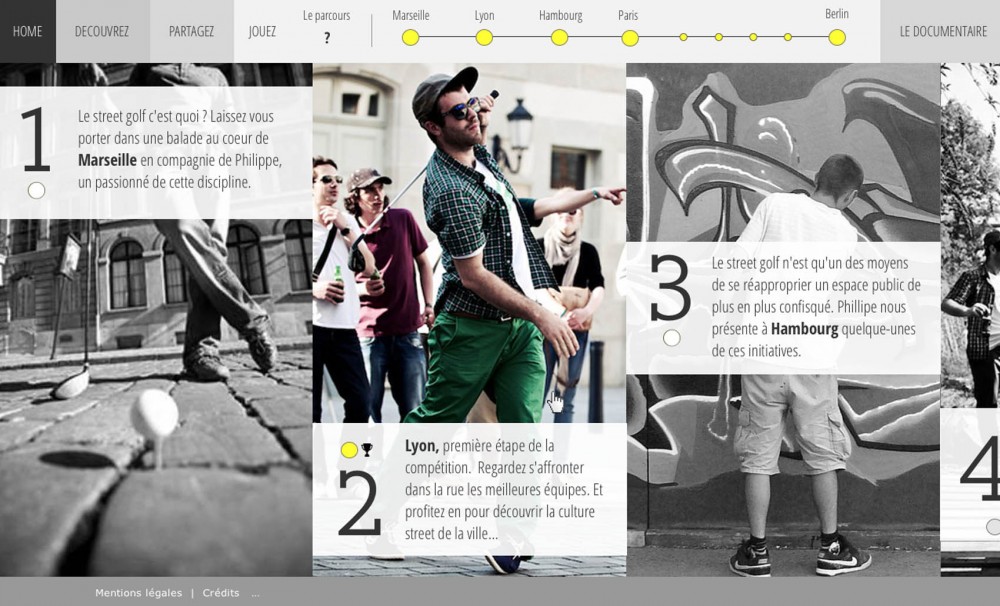 Wireframe of the challenge steps presentation 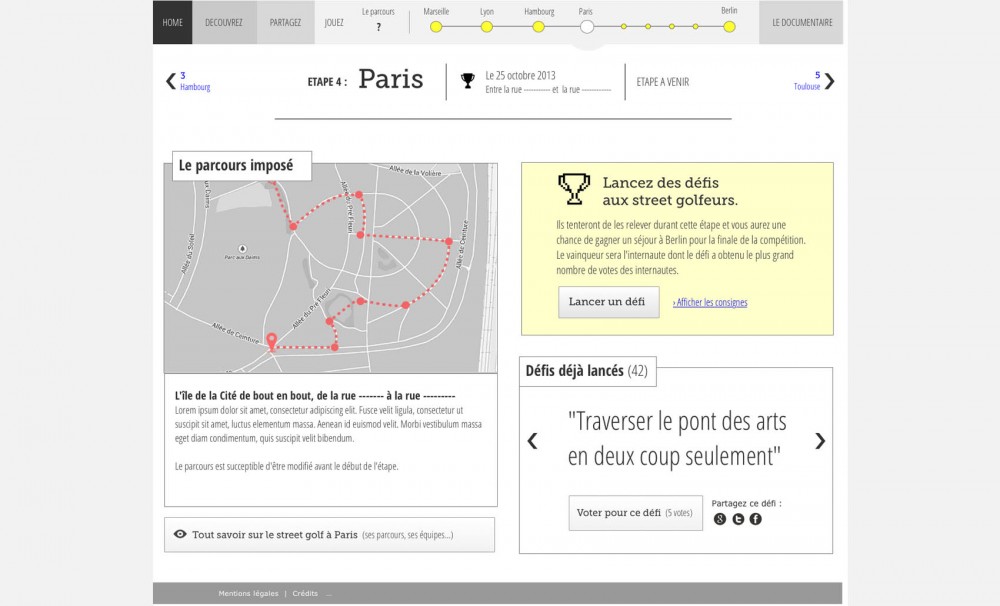 Wireframe of the screen about a next step, with the gold course and information. 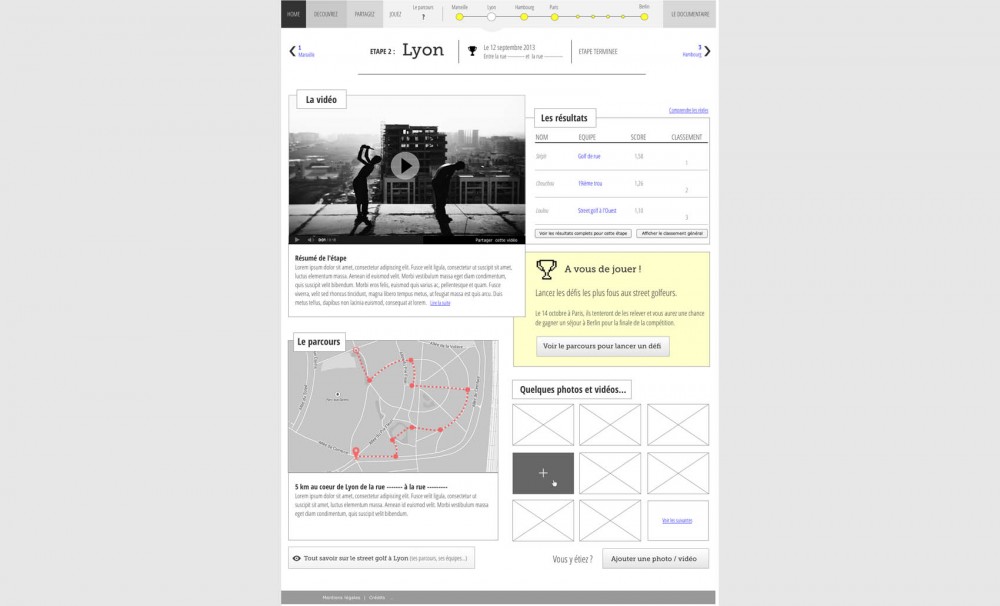 Wireframe of the screen about a past step, with scoring results, competition ranking and media of the contest day. 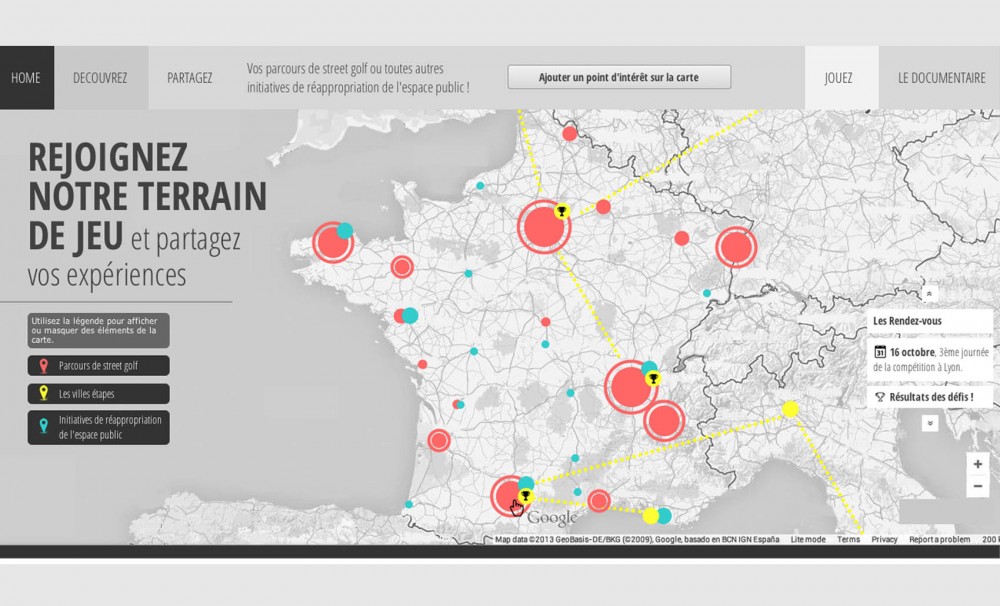 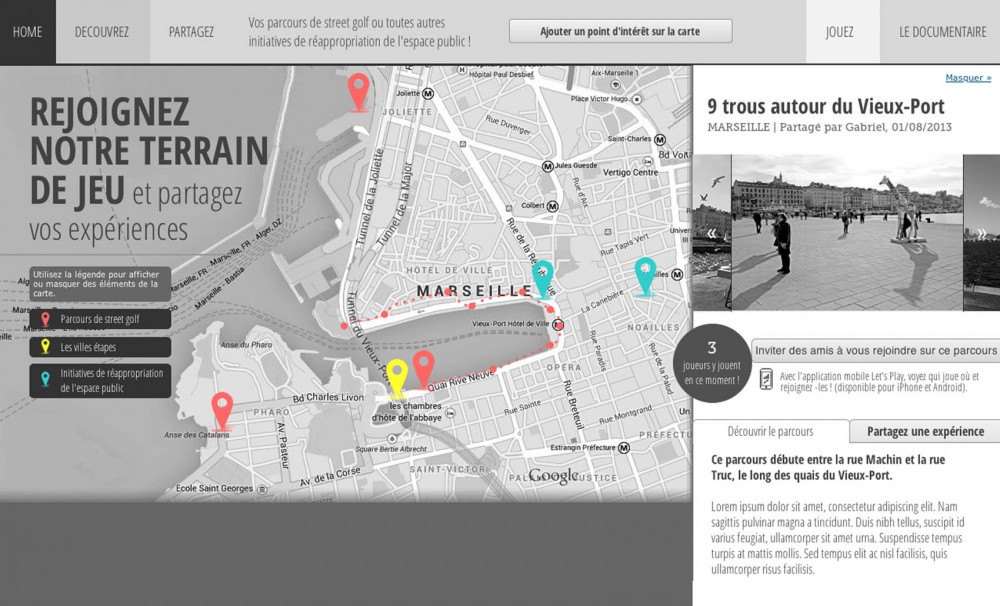 Wireframe of the map feature 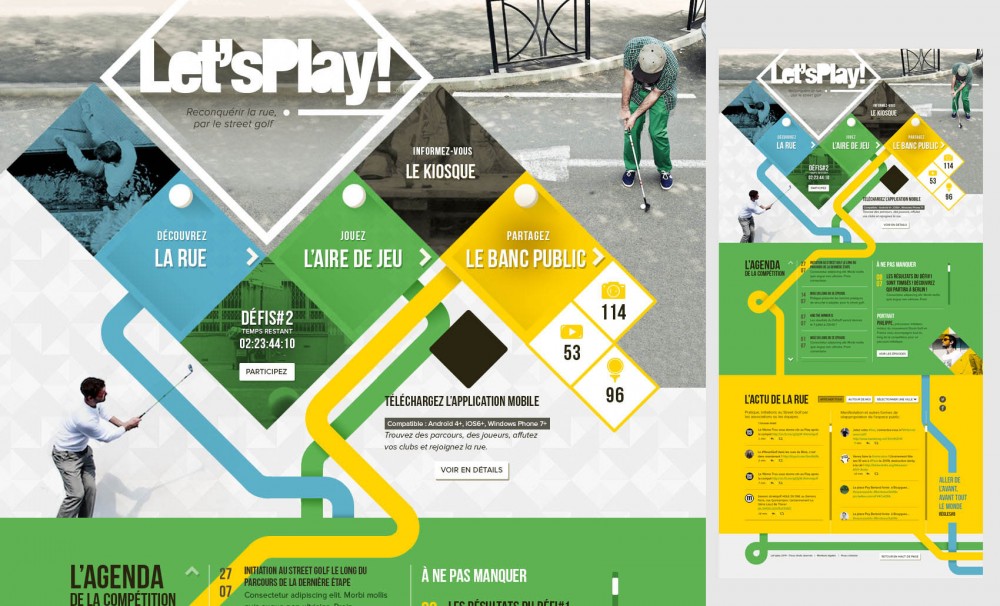 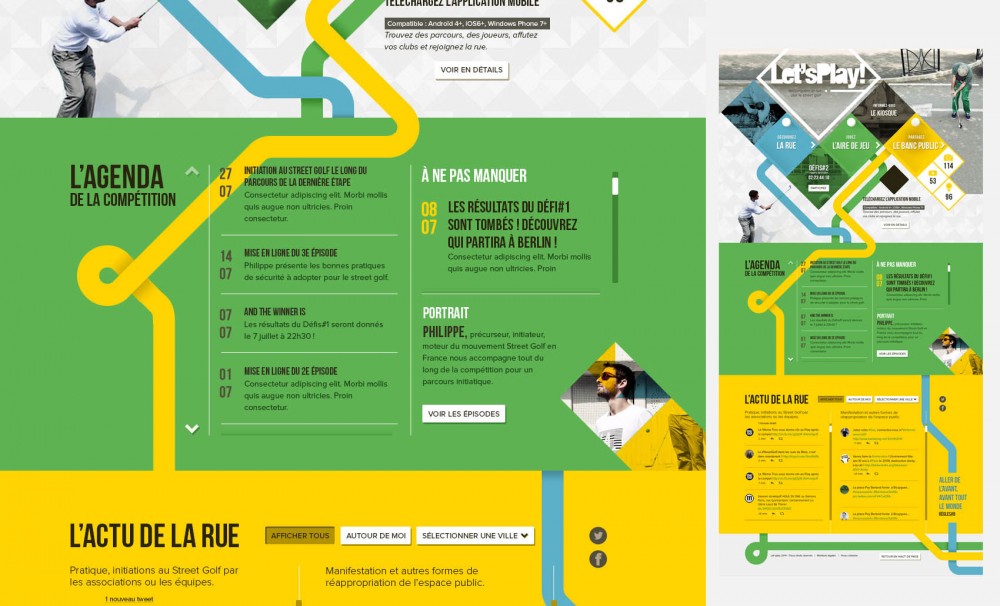 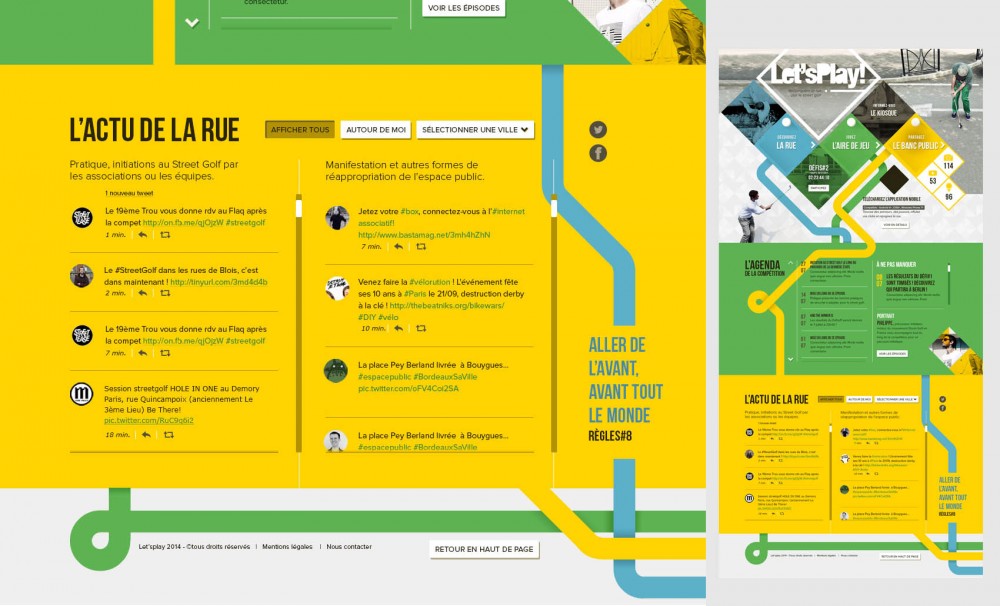 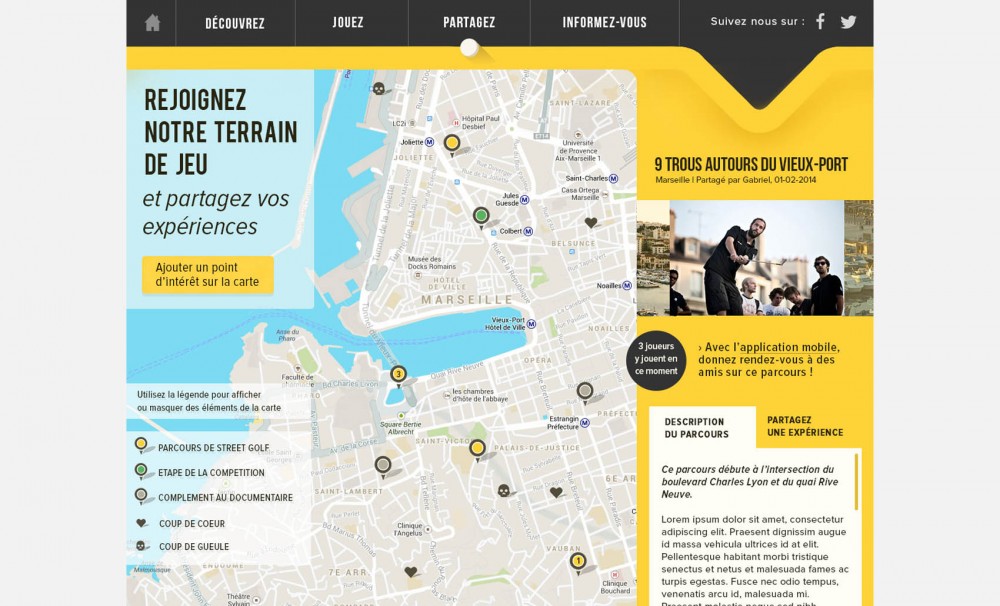 Web platform map feature, user’s able to find places where to play around

Using mobile to get closer than other players!

More than a challenge, the street golf is a social game. Playing in the street transforms the players state of mind and the way they interact with their streets, the other players and the bystanders. Because when they’re playing, they are so far from a screen, we imagine a mobile application and a watch application following the idea that the watch is the extension of the smartphone.

During the game, the watch application become a personal assistant, a coach and an easy way to communicate with other players. When the user’s not playing (before, after, and between two steps of the golf course), the smartphone is more comfortable to study the practice and discover the area. The smartphone app’ is also a knowledge database improved by the users themselves. 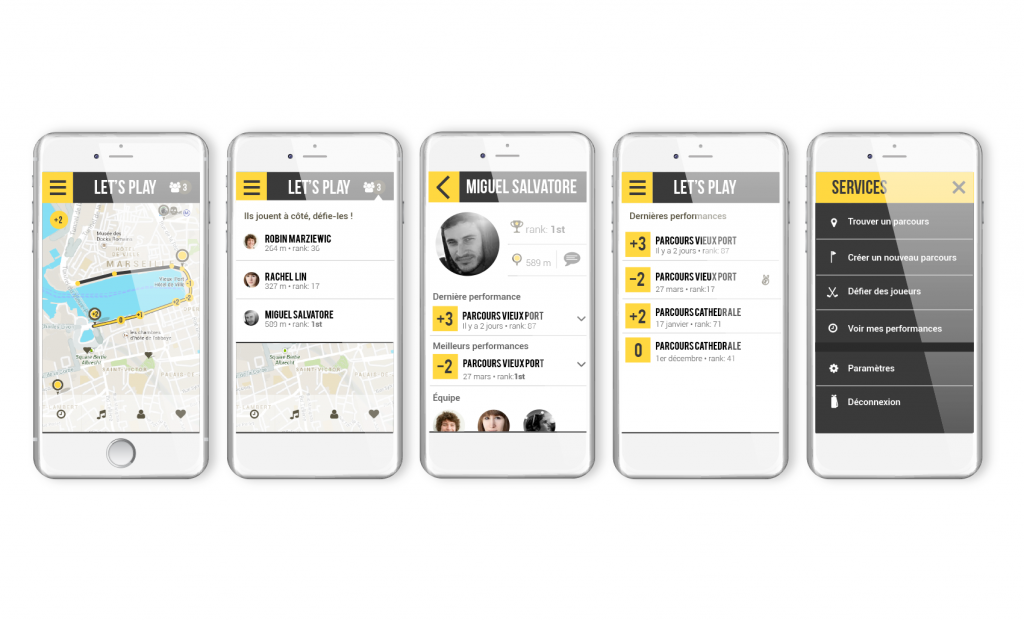 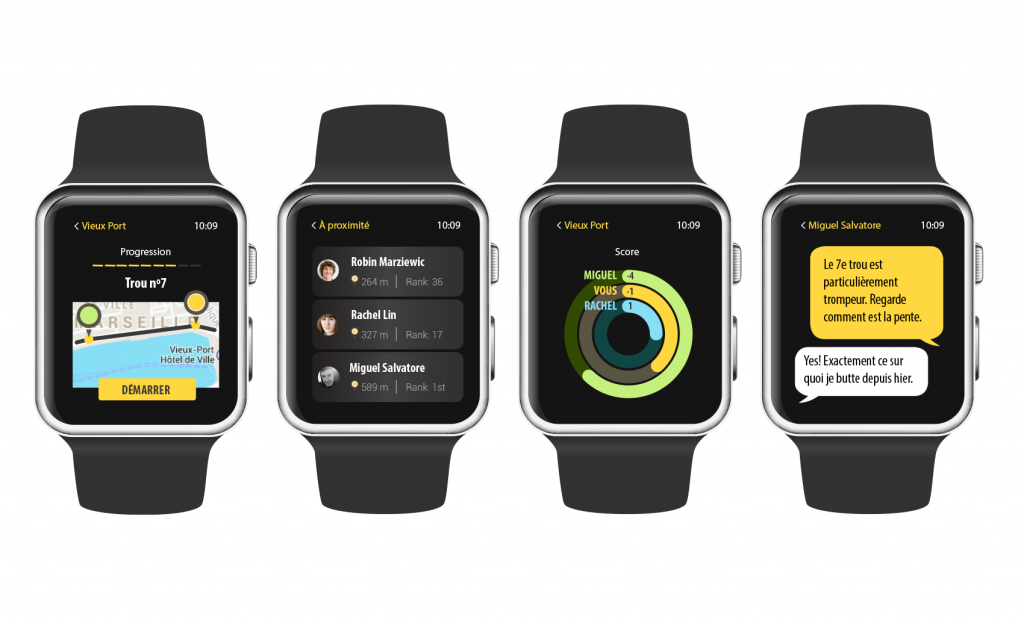 Player, club, ball and a hole in a trash, this is urban golf ©Gildas Raffenel