Aldebaran, the company behind Pepers and Nao humanoïd robots asked Clever Age to rebuild their developers community web platform. I worked on the new concept of the knowledge base and the co-working new design.

To improve the abilities of the robots, Aldebaran needs an active developers community able to write new programs or new applications. The aim was to build a service for all levels of user knowledge, from the beginner to the advanced program developer. Because of a lean mode project, we adopted a fail fast learning, doing and improving, with the help of the community feedback.

This comunity is built on three big sections :

The main steps of the project was:

At the corner of a knowledge database and a tool box, the resources center has been imagined to help the beginners and the experimented users to understand how the robots work and how developers could improve their skills. 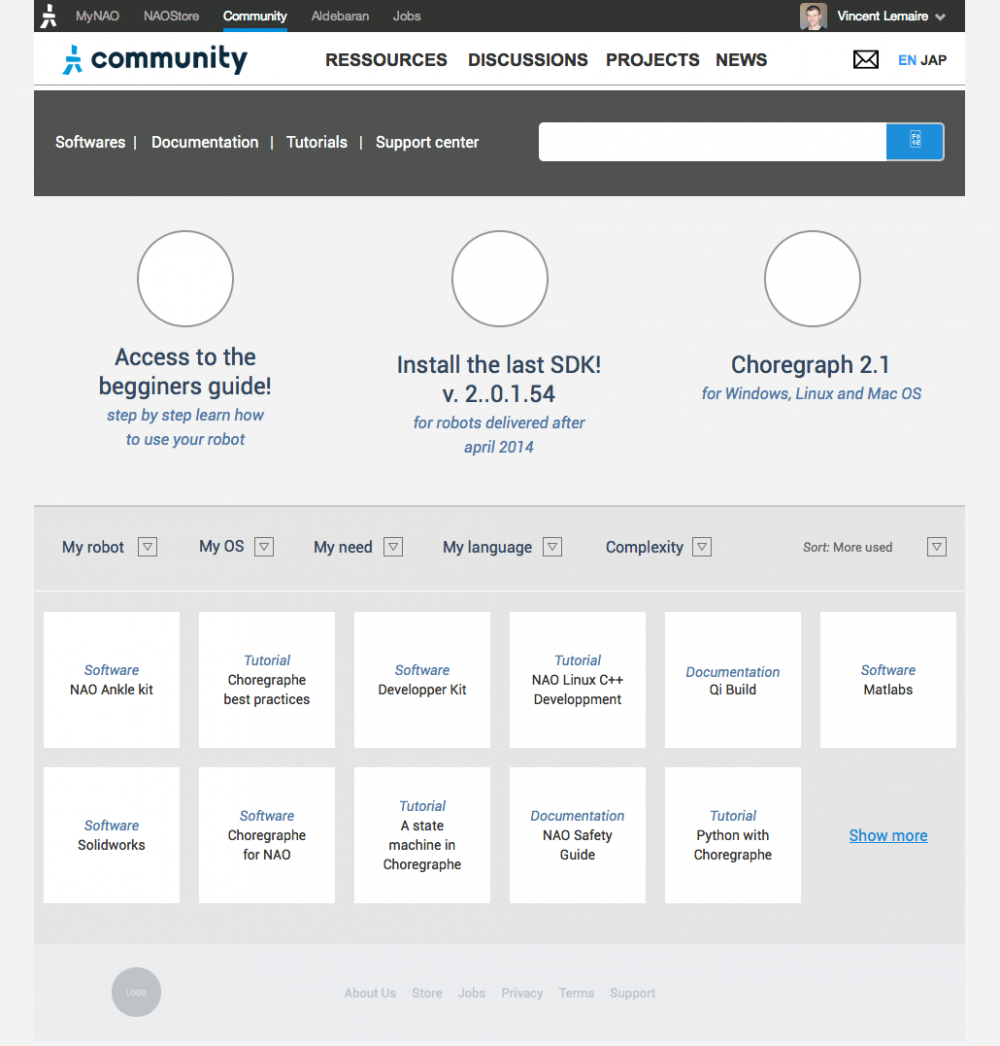 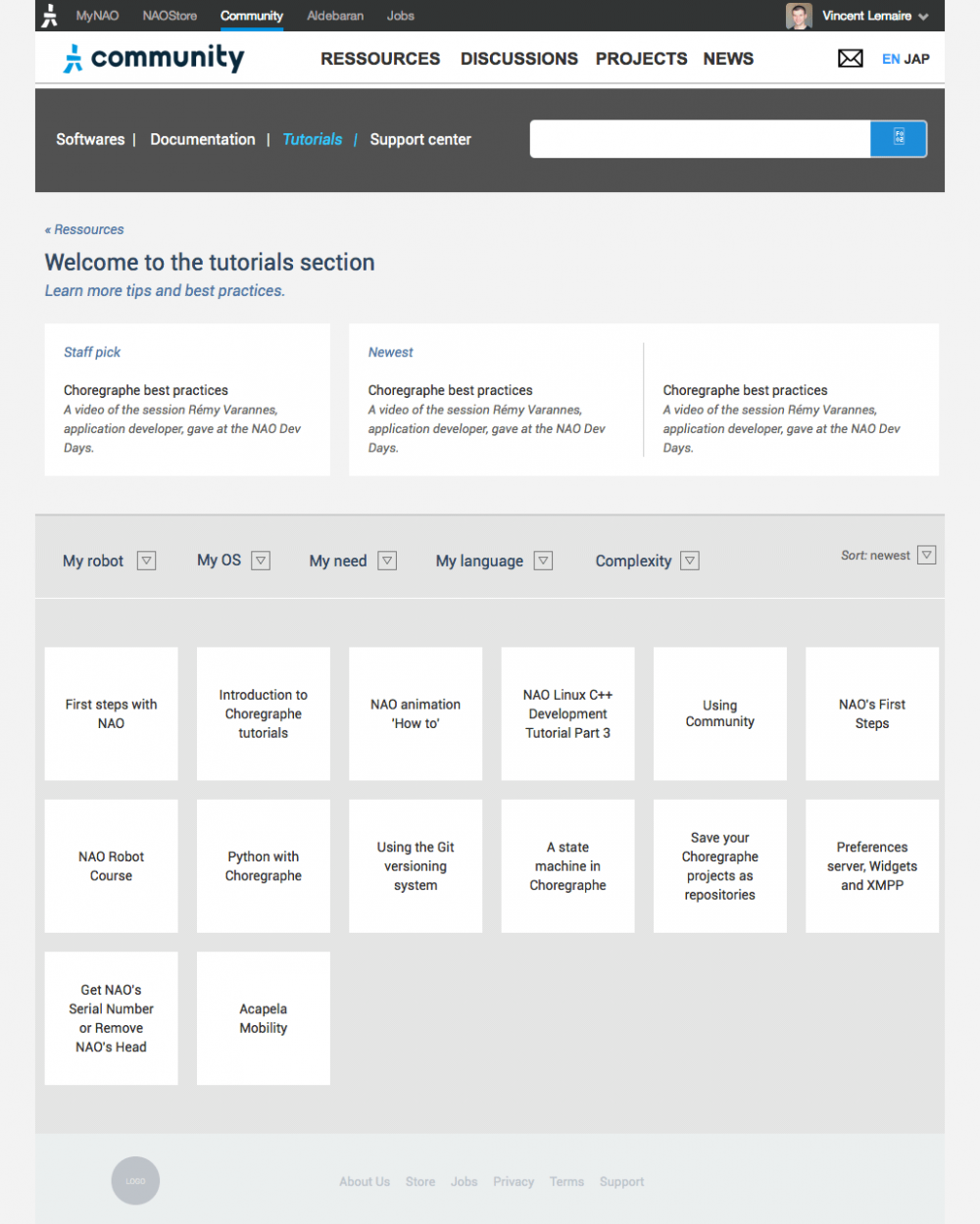 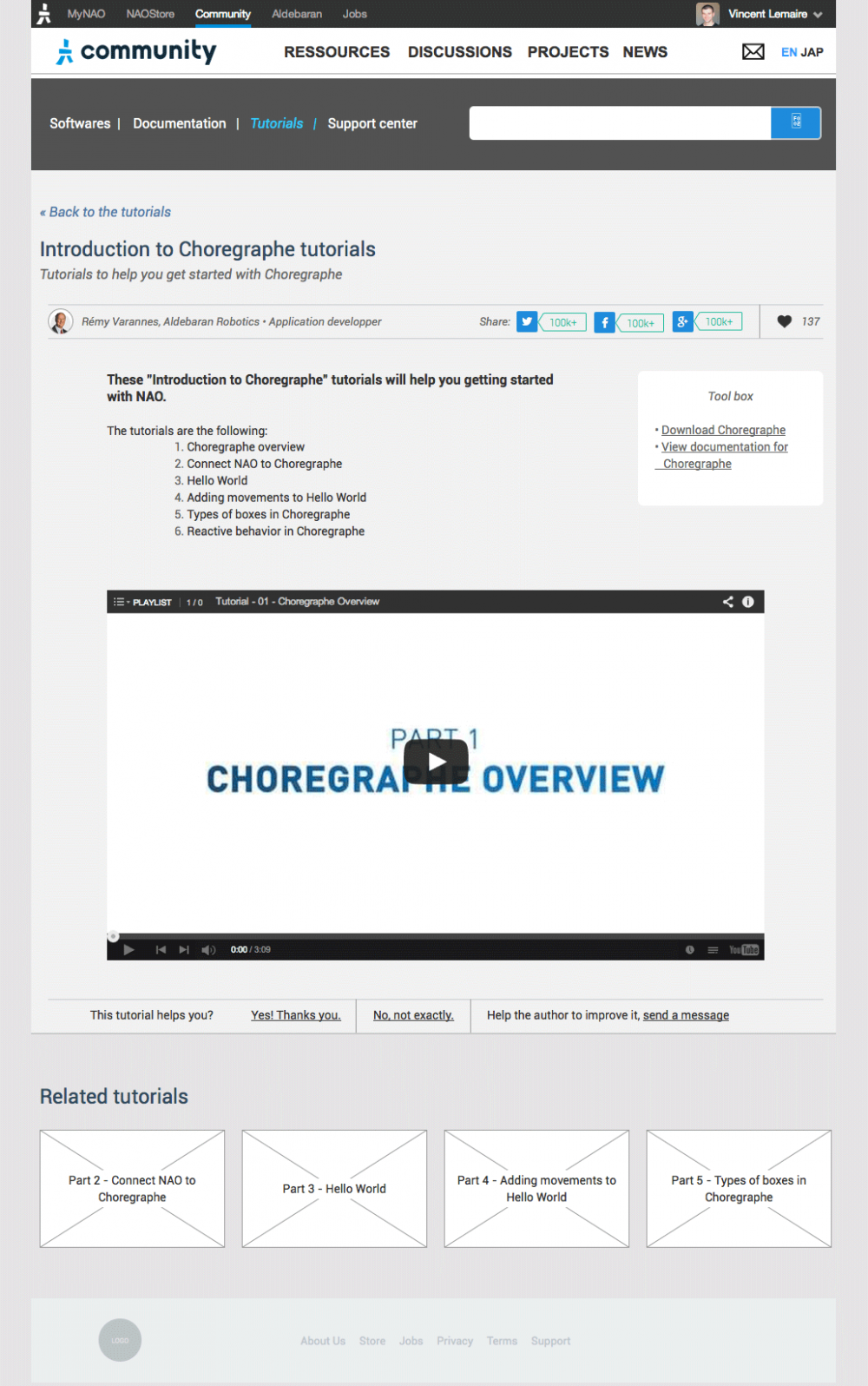 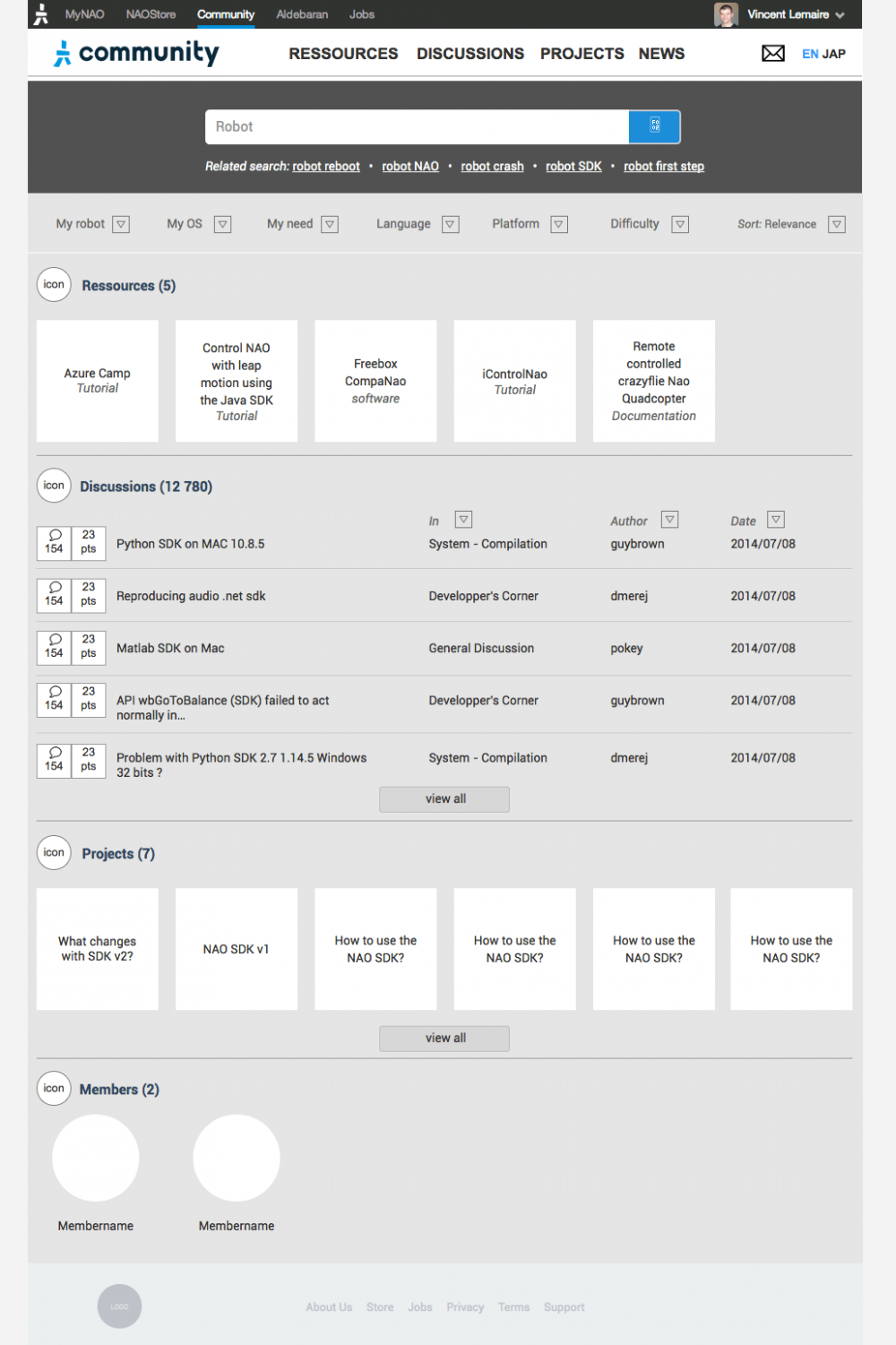 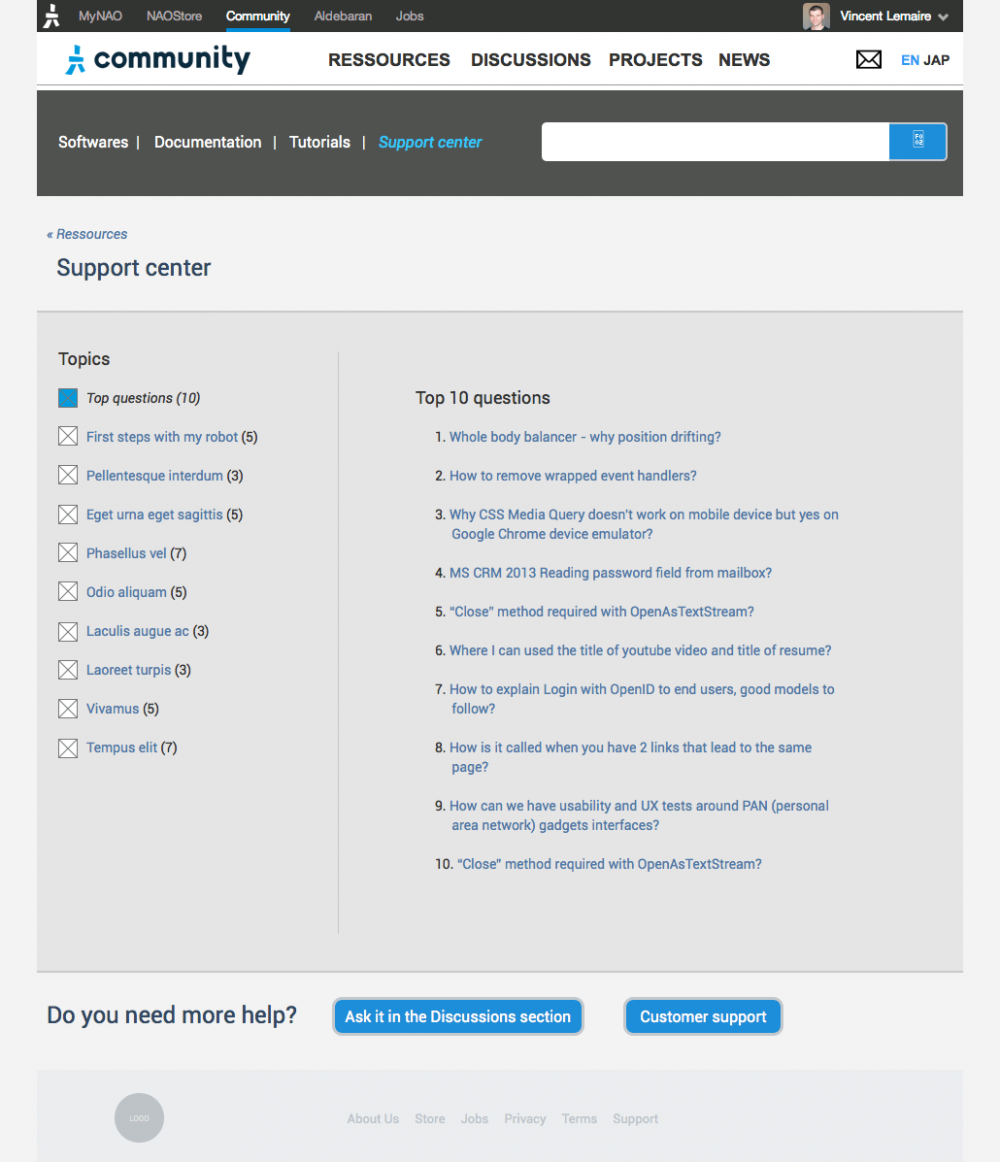 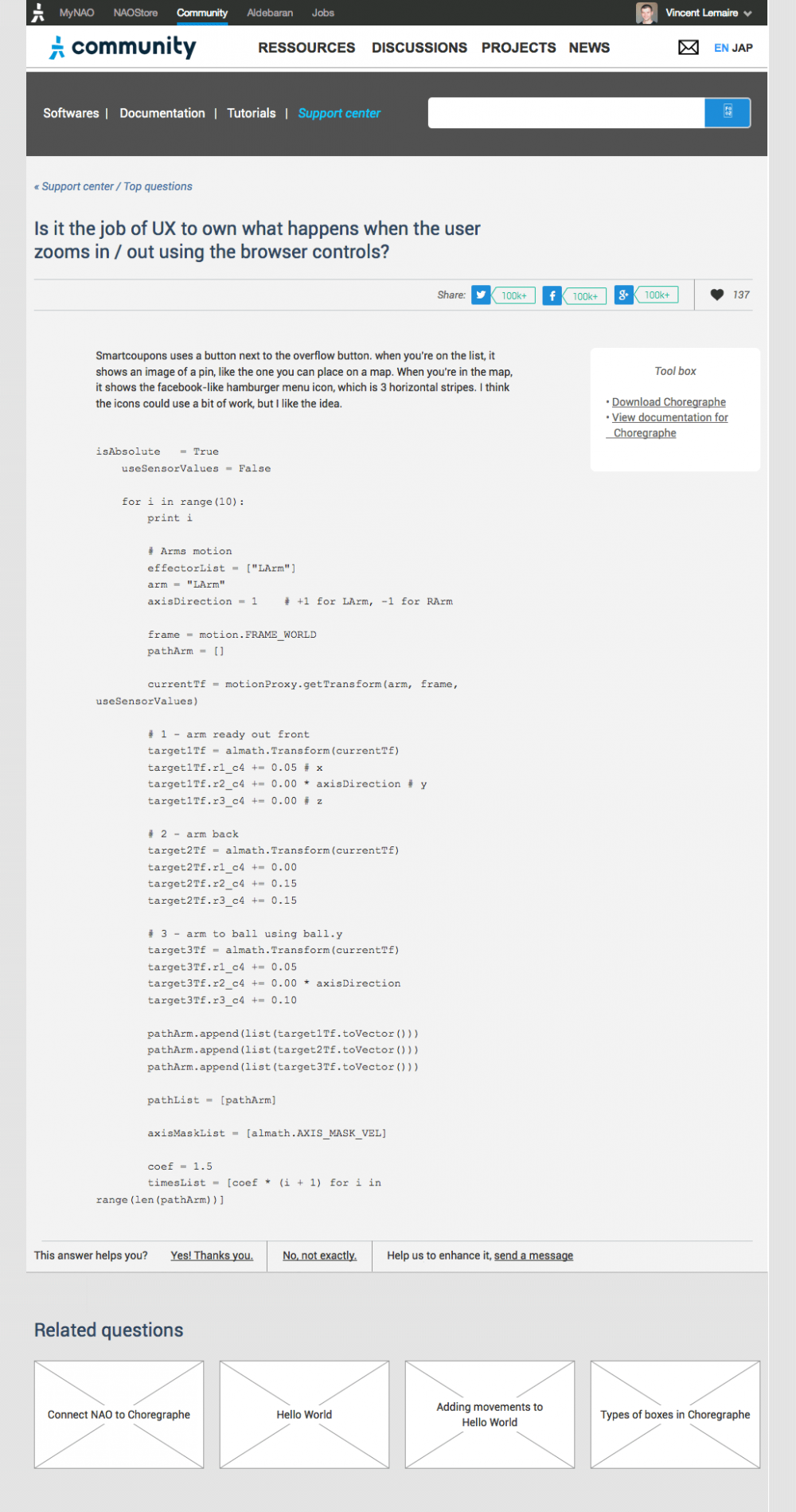 The projects center is the meeting point between developers and people with ideas. They could be developers as well, but also researchers in healthcare (autism studies for example) or artists (see the Bianca Li project). It’s all about starting or joining a project, recruiting members and using the different tools to share documents, code, ideas with the team. 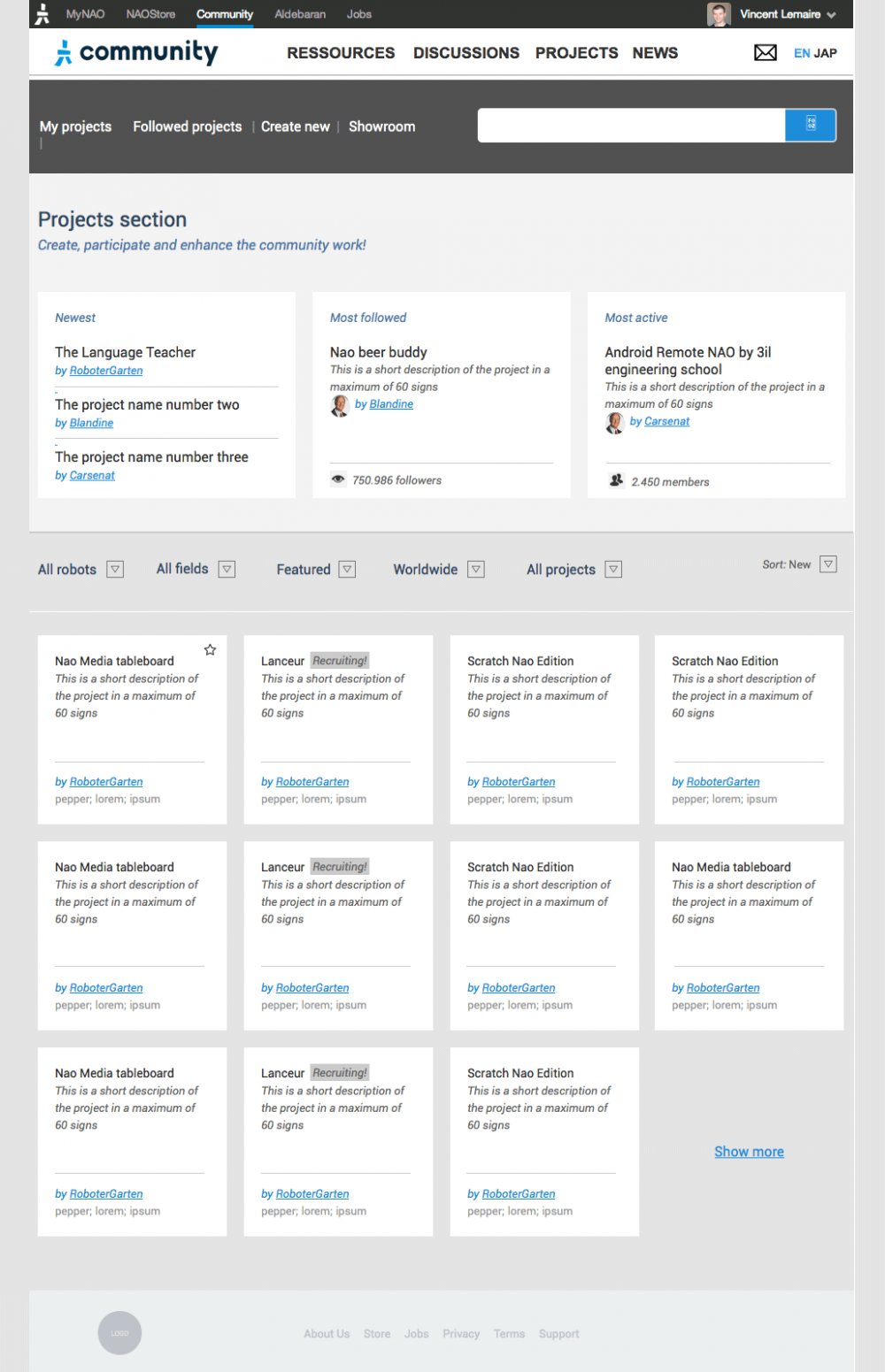 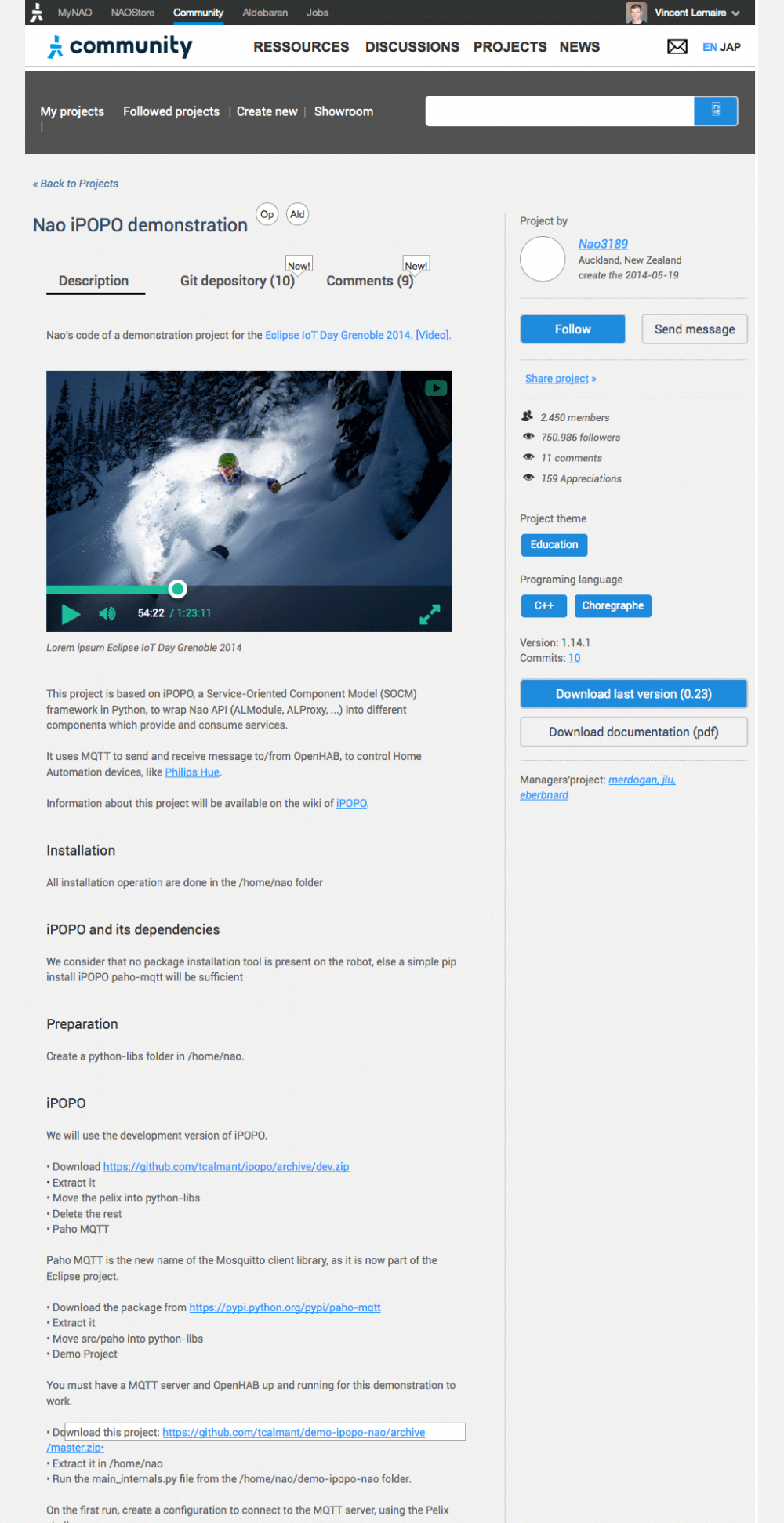 The Art Direction has been made by Corinne Massacry and the Q/A part has been done by Damien Boyer as Clever Age design team member. Front and back development have been made by the Clever Age teams.